If the Shannon project was starting today, what would it be called? That’s the question Shannon Chamber president Kevin Thompstone posed when addressing attendees at the Chamber’s annual president’s lunch, sponsored by Three, in Dromoland Castle Hotel, Co Clare today (Thursday, 12 December 2013).

While the Free Zone has strong global brand recognition, Mr Thompstone suggested that in today’s environment, a descriptor such as Shannon Economic City or Shannon Economic Zone might better reinforce the concept that Shannon is not just a business park but a Special Economic Zone in Ireland offering a mix of airport, industrial, residential, commercial and green areas to facilitate economic activity. 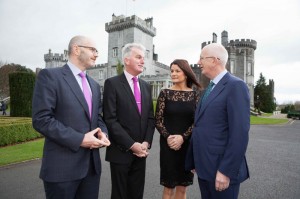 “IDA is looking forward to working on behalf of Shannon and the wider region under a new structure. Our aim will be to support companies in the region, helping them transform their operations and also expand over time. IDA is pleased to place the full suite of IDA products, services and know-how at the disposal of companies, as part of a new drive to bolster the region into the future.”

While saddened to lose a part of Ireland’s economic development structure, as a former CEO of Shannon Development, Chamber president Mr Thompstone acknowledged the imprint Shannon Development has made in the region but welcomed the fact that the focus is now back on growing Shannon just as it was when the story started back in 1960. 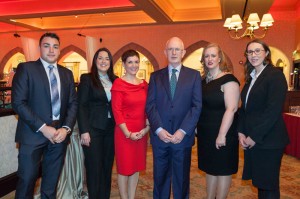 “With over 7,000 people employed in over 100 companies, generating over €600 million annually for the local economy and €3 billion in annual sales, ninety per cent of which are to export markets and, and with the highest concentration of North American companies in Ireland, outside Dublin, Shannon has a very solid base and a diverse sectoral spread of activities.

“Global names such as Intel, GE Lufthansa and Genworth sit comfortably with long-established businesses such as Element Six, SPS and Molex and with Irish names such as EI Electronics, Reagecon and Mincon. Shannon’s future is now about building on what it has and adding new types and levels of activities.”

Reminding attendees of how Shannon companies play a part in our day-to-day lives, Mr Thompstone concluded: “Shannon has a great story to tell; we just need to keep reminding the international mobile investment community that Shannon is open, ready and capable of delivering a tangible return on investment in diverse sectors. That’s why we need a business development team in place to seek out, engage with and secure mobile investment opportunities for Shannon.”

Some examples of Shannon made products and services that are used unknowingly by so many people as they fly around the world from Shannon or elsewhere.