LPGA Tour winner Leona Maguire will delight home fans when she returns to Ireland to compete at the KPMG Women’s Irish Open at Dromoland Castle from September 22-25.

The KPMG Ambassador teed up as a budding star the last time the tournament was played at home at Killeen Castle in 2012. A decade on and Maguire is a two-time Olympian and up to a career-high 16th in the Rolex Women’s Rankings.

Maguire enjoyed a breakthrough victory at the LPGA Drive On Championship back in February and last year starred as a record-breaking rookie in Europe’s Solheim Cup success.

The 27-year old is sure to be installed as one of the pre-tournament favourites this September but above all else, Maguire is delighted to be part of the belated return of the Women’s Irish Open to the Ladies European Tour schedule, and hopes the tournament’s revival will cement its place on the LET for many years to come.

“I am very excited to play in this year’s KPMG Women’s Irish Open at Dromoland Castle,” said Maguire.

“I have heard amazing things about what they are doing at Dromoland with their investment into the course and I cannot wait to play again in front of the Irish fans.

“See you all at the KPMG Women’s Irish Open in a few weeks!”

Maguire’s commitment is a major boost to tournament organisers and comes off the back of significant investment in this year’s host venue, Dromoland Castle.

“This will see the return of women’s professional golf for the first time in 10 years to the Republic of Ireland. The recent investment of €2 million into the golf course over the past year has seen the championship course elevated to the highest of standards and this will allow us to provide a platform for the world’s best golfers to showcase their talents.

“There is huge excitement already in the country about the event and today’s news has strengthened significantly to what is going to be a wonderful tournament and one that Dromoland Castle, KPMG and Sport Ireland are committed to supporting for years to come.”

The return of the KPMG Women’s Irish Open is being supported by the Irish Government and Clare County Council and the momentum is building nicely following this announcement off the back of support from premium partner Amundi.

The tournament was held 15 times between 1994 and 2012, with an honour roll that includes current Solheim Cup Captain, Suzann Pettersen, England’s Laura Davies and the 2021 Solheim Cup winning Captain, Catriona Matthew.

After a ten year absence, the 2022 edition of the Women’s Irish Open promises to be an unmissable event in the Irish sporting calendar and tickets are on sale now. 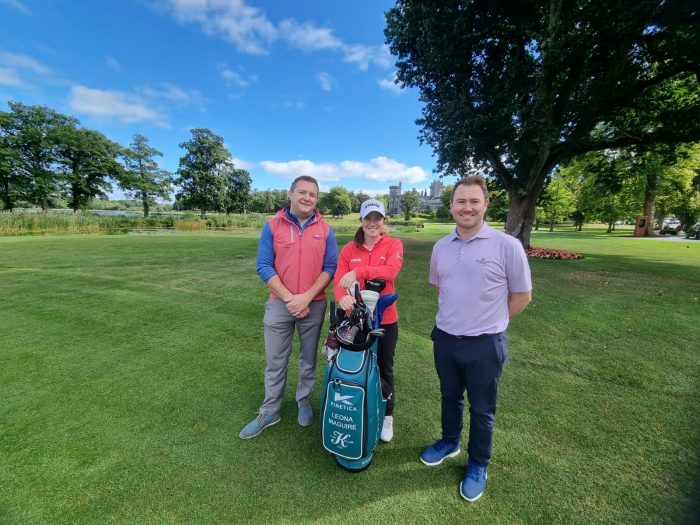 Tickets to see Leona Maguire at the KPMG Women’s Irish Open can be found at www.womensirishopen.ie. Four-day tickets are priced at €35 while single-day tickets will cost €15. Under 16s attending the event will also be admitted free of charge.

To keep up to date with all the latest news and player announcements for the KPMG Women’s Irish Open, please visit www.womensirishopen.ie. You can also follow the tournament via social media by following @womensirishopen on Instagram