Pictured at the announcement of the Lead Sponsorship at Kilrush Marina are Peter Murphy, Ei Electronics and Peter Lawless.

Shannon, August 5th, 2021.  Ei Electronics is to be lead sponsor of Limerick-man Peter Lawless in his quest to be the first Irishman to sail non-stop, around the world on his own.

52-year-old Peter Lawless is planning to commence his epic trip from Kilrush harbour later this month, and using a sextant and charts will navigate via the 5 Great Capes. He is hoping the trip will take about 8 months, but is prepared for up to ten. The trip is made all the more daunting in that Peter will be unassisted.

“Ei Electronics was attracted by the sheer enormity of the challenge facing Peter and his determination to succeed in what is essentially a personal challenge” commented Peter Murphy of Ei Electronics. “We are delighted to be his lead sponsor, and support a local man in his quest to circumnavigate the globe unassisted.”

Growing up, Peter sailed with his parents, brothers and sister. He started in an Optimist dinghy at the age of four. His yacht is a Rival 41, a standard production offshore cruising yacht that has been meticulously ugraded for the challenge, making her perfect for this circumnavigation challenge.

“The support from Ei has helped me greatly in my preparation for this quest. I have always wanted to sail around the world, every aspect of the challenge is exciting for me. In 1996 my Father came back after a 3-year solo circumnavigation at the age of 70, sailing into Kilrush Marina. He was and remains a huge inspiration for me”, says Peter.

Peter now lives in Annascaul village near Dingle with his wife Kathy, and three children Emily, Rachel and PJ along with 4 grandchildren. He plans to depart in the second half of August. Ei will be tracking his progress closely along the way.

As a Global leader in the design and manufacture of smoke and carbon monoxide alarms, and employing over 1,100 people worldwide, Ei Electronics is headquartered in Shannon where all key Manufacturing, R&D and Commercial functions are co-located. Its business has expanded significantly over its 30-year history and today it is ranked as one of Ireland’s leading indigenous electronics manufacturing and exporting companies. Turnover in 2020 was in excess of €250 million. Overseas subsidiaries are located in the UK, Germany, France, Poland and the USA. 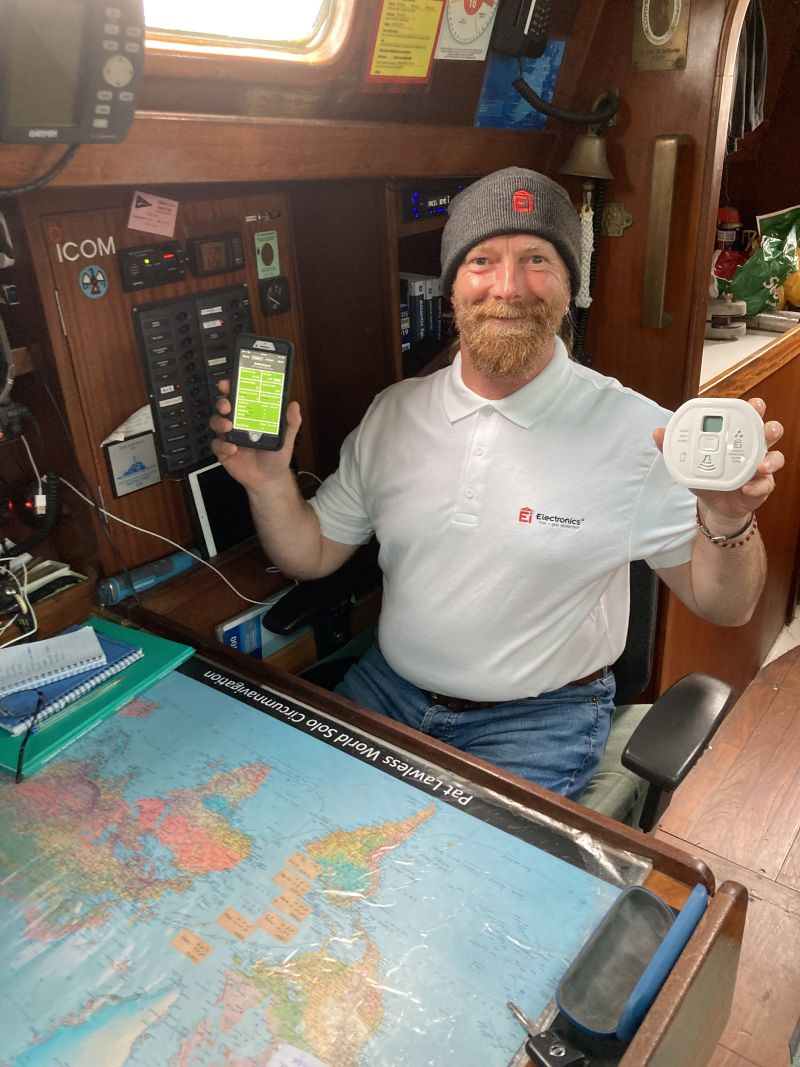