Brian Hayes of the Banking and Payments Federation of Ireland

The virtual briefing will take place at 11am on Wednesday the 5th of October.

You can join the briefing by clicking on the link below

Join on your computer or mobile app 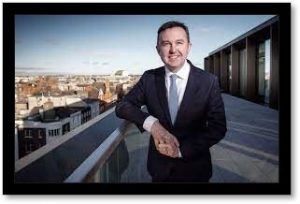 Brian studied at Trinity College, Dublin and at St Patrick’s College Maynooth. Brian served as a member of both houses of the Irish Parliament from 1996 to 2014.

In 2011 he was appointed as Minister of State at the Department of Finance. During his time as Minister of State, Brian attended Eurogroup, ECOFIN and Budgetary Council meetings on behalf of the Irish Government. He also led on the issues of procurement and public sector reform.

Brian now leads the bpfi which is the voice of the Irish banking, payments and fintec industry in Ireland. As CEO he is acutely aware of the challenges facing the retail banking sector in the post banking union environment – challenges of capital capture, return on equity and investment in new tech. Bpfi advocates across the FS landscape and especially in the areas of digital transition, sustainable finance and anti fraud/AML related agendas.  BPFI also leads on industry non competitive collaboration. Ireland as a euro zone country has significant SSM banking operations so much of the Bpfi work is directly connected to positively influencing what’s happening in the EU across its membership of the EBF.