The Mid-West Lean Network: the second largest regional lean network in Ireland, after Waterford Institute of Technology’s Lean Enterprise Excellence Group, launched in November, was set up to strengthen and increase the existing culture of lean within the Shannon and the wider Mid-West region. Its aim is to enable each industry to broaden and strengthen their competitiveness through knowledge sharing and bench-marking against each other and different industries.

Workshop #1 will take place in Reagecon, Shannon and will focus on:  Learning Lean – One Year In!

Reagecon started their Lean journey one year ago and at this workshop they will be sharing their learnings and achievements to date.

John Barron is the Founder, Chairman and Managing Director of Reagecon Diagnostics Ltd, which is the worlds largest producer of physical and chemical standards and reference materials. Reagecon produces over 10,000 physical and chemical standards and currently employs 100 people at its manufacturing and development centre in Shannon.
He initially trained as a clinical bacteriologist, but converted over to the science of physical and chemical metrology in his late 20’s. He was educated at the Technical University Dublin, the University of Ulster and Stanford University in Palo Alto.
John is an avid follower of rugby and Gaelic games and is also an avid collector of all Ferguson and Massey Ferguson tractors, implements and literature.

Vicky Howard, a graduate of NUIG, Vicky started her career in Financial Services as a HR Adviser at INVESCO in London. On returning to Ireland , Vicky joined Reagecon in early 2004 and worked in a number of functions before taking up a purely HR role. Vicky has completed a Masters in HRM, a Women in Leadership course and a Certificate in Company Secretarial Law and Practice in the last 6 years. Vicky’s current role is Operations Director with responsibility for Manufacturing, Quality, HR, Health and Safety and Compliance. Vicky has been a member of the Shannon Chamber Skillnet Steering Committee since October 2015 and Chair from February 2019 to January 2020. Vicky also sits on the Board at Clare Youth Service as Vice Chairperson, an organisation offering a range of youth services across the county of Clare.

Jennifer Stratton completed studies in Biochemistry, Medical Device Science and her MSC in Biomedical Science all from NUIG. She confirmed her career crossover journey by accepting a contract as a Research Assistant for Shannon ABC, IT Tralee before joining the team in Reagecon in 2017. First, as a Production Technician, then Production Cell Lead.
In 2018, Jennifer took on the new role of Lean Specialist. This is a role she is truly passionate about – Continuous Improvement and sewing a common thread through all the facets of the business. To develop her skills and knowledge, Jennifer completed the Lean Green Belt with LBS Partners in July last and is currently enrolled on the UL Black Belt – Quality Management, Lean Systems.

Reagecon is a global supplier of Chemical & Physical Standards, Consumables & Equipment and Chemicals. The company started developing Chemical & Physical Standards in 1990 and in the intervening years, has developed an offering, of more than 10,000 products, spread over 54 different product families. This makes Reagecon the largest producer in the world of Physical & Chemical Standards.
In addition to our own manufactured products Reagecon also distributes an extensive range of Laboratory Consumables & Equipment and Chemicals. The Consumables & Equipment are sourced mainly from the Laboratory Logistics Group (LLG), of which Reagecon is a partner and shareholder. This relationship enables us to offer in excess of 40,000 products, produced by all of the world’s leading manufacturers. Our Chemical offering, which is also extensive, is facilitated by our distribution relationships with key manufacturers that include Merck and Honeywell. 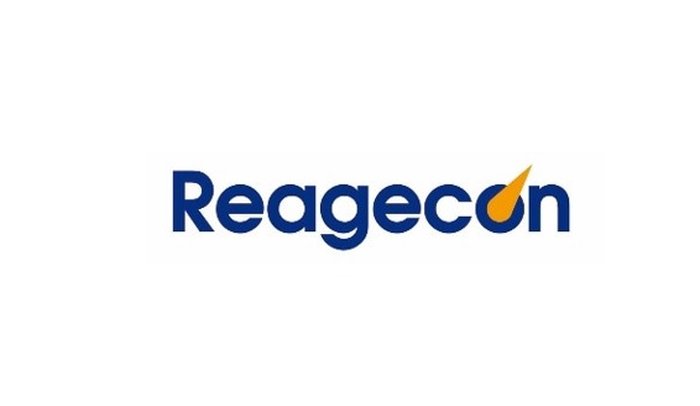